Her looks and singing are hit-and-miss. She towers over everyone else. She has one of the most one-dimensional personalities in all of H!P. Chinami is more entertaining, Momoko and Miyabi better singers. And yet, there’s still something making me hang on to Kumai Yurina, something that makes her my second Berry (behind Maasa). And I want to find out why.

Going back in time to when I first got into Berryz and h!p in 2006, Yurina originally didn’t catch my eye; it was Miyabi. Miyabi with the interesting features and the superior voice. It wasn’t until I noticed that we shared a birthday that I started caring about Yurina at all. And then it was like I couldn’t think of ever liking another Berry. Honestly, she was even above Yossy for a while in my h!p ranking. If you looked at my browsing history a year or so ago, it was ALL Yurina. And then, slowly… she slid. I can’t say when it began to happen. it’s like one day I woke up and realized that Yurina wasn’t my favorite anymore. 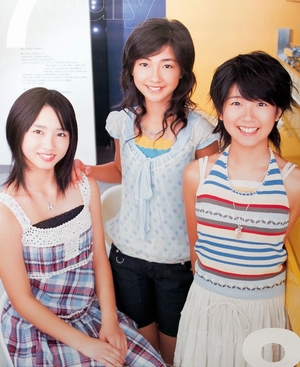 Needless to say, it was not an easy transition from “YURINA = #1” to being a multi-dimensional fan. I do not like change, and this was a pretty big one. But the more I tried to bring back my old feelings for Yurina, the less I was able to care about her. Her biggest disappointing factor for me is her personality, or lack thereof. When she was still young, it was was okay to have just be a permanent airhead. Now that her looks have matured, however, I’m waiting for her personality to mature along with them. And the fact that she’s hasn’t matured shows when she performs. In this performance of Omoitattara Kichi Desse, her emotional range DOES NOT CHANGE. She’s just cheerful, happy, or cheerful and happy. Chinami and Maasa are clearly doing a lot more acting and emoting (I couldn’t find a version without Miya’s solo attached, so that’s there too).

Now, for a song like that it’s okay to just be happy; it’s that kind of song. But what about songs with more mature themes? Take Jiriri Kiteru.

In the parts where the girls are running, everyone else does their best to at least look distressed or worried. But Yurina is grinning almost the entire time. Like “I’m runing! Isn’t it fun to run? Let’s all run and have fun! Wee!”. I get the feeling that the nature of songs like these just sort of goes over her head. As for her singing… on album songs, it tends to be strong and powerful. And she often does well in concerts. But her voice isn’t Miyabi-grade. It can go flat, and she misses notes quite a lot.

So with all of this negativity, what is it that still makes me cling to Yurina? My feelings about her are different than Yoshizawa or Maasa, or any other music favorites of mine. For example, when I see people stating their negative opinions of my number one Berry, Maasa, I laugh it off and don’t get too worked up. I certainly wouldn’t post something confronting those people. But if they were to say those things about Yurina? I’d get furious. It’s more likely that I’d confront them about it right there and then, ready to duel to the death in defense of my beloved Yurina. And that’s what confounds me so much! Why does she evoke such reactions from me? 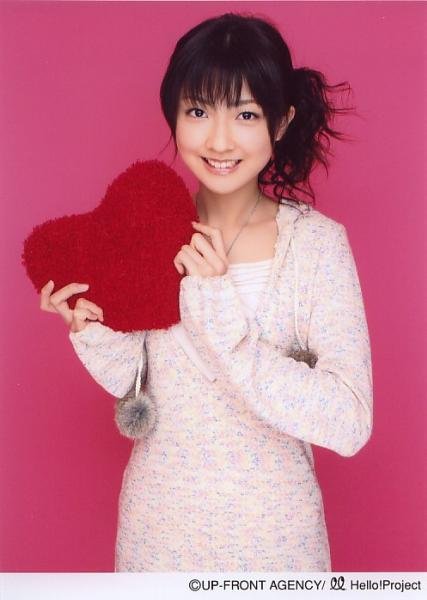 The closest I can come to an answer is that watching people pick on Yurina is, for me, like watching someone kick a puppy. Since she is the airhead that she is, I get the feeling Yurina does nothing antagonistic on purpose, that she’s completely innocent. Someone so ditzy and kind can’t defend herself against someone else, so I feel like I have to do it for her.

Bah. Enough being philosophical. Here are some pretty pictures: 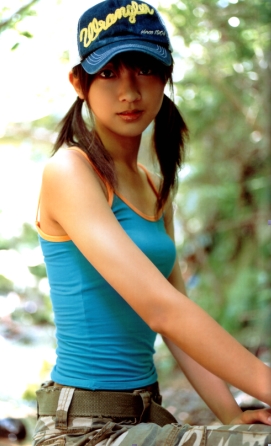 Oh, how I wish I’d thought of this. Sadly, I didn’t, but whoever did is capable of sheer comedic genius.