A bit of follow-up…

﻿So to recap: Most of the WotaWorld is in tears, my fandom has been shaken to the core, Tsunku needs his testicles mangled by a cat…

And now we move on to the next biggest concern: What’s next?

I have a silly little theory that will probably not pan out. From the translations of Tsuntsun’s comments on the 9th gen audition website, it seems as though they’re only looking for one girl to add to the group.

Only adding one girl at this point would be ridiculous. 6 members? For Morning Musume? No way! This is the group that had to split in half in its hey-day, because there were just too many freakin’ members!

So, either all of the translations are wrong (quite possible, it’s tough to translate that quickly) or something else is in the works.

My guess is that Tsunku might be thinking of adding some Eggs to Morning Musume this time around. He must know that certain fans have always pined over Kikkawa Yuu’s lost MM opportunity, and the addition of Linlin opened the way for other Eggs to find their way into the Flagship of H!P.

So let’s look at a couple of likely Eggs, shall we?

Everyone’s favorite MM-reject aside from Kashiwagi Yuki, and probably the most popular Egg. This girl has beauty, brains (no, I have no proof for that one, she just seems smart), talent, personality, and a fanbase. In short, she’s perfect. If Tsunku were putting Eggs into MM, there would only be one major obstacle in her way: Tsunku hates being wrong.  He seems like the type who would look at Yuu and say, “Well, I mean, yeah, she’d be a great addition to the group, but no is no, and I already said no to her once. So there. Nyah!”

I personally would love to see Yuu in Momusu.  She reminds me a bit of Iida Kaori’s more natural side. She’s so elegant and sweet.  She’d be a great counterpoint to Aika’s scrappyness and Reina’s annoyingness. 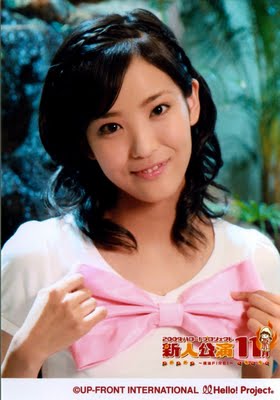 Arguably the other most popular Egg due to her time in Milky Way*, Sayaka ought to be put into MM if only for the sake of her killer abs. She also happens to have a unique, cool personality. Now, I know Tsunku hates girls who show personality right off the bat, tending to go for little lumps of malleable clay, but I have always loved cool personalities (blame Yossy). I want a cool girl in MM!

My personal favorite Egg, Forehead-girl! Think of the brow-themed merchandising possibilities! Think of the hats she could sell! Instead of mufflers in the winter, balaclavas! Instead of wristbands, headbands! Tsuntsun would be a fool to pass her up!

Okay. Joking aside, this girl reminds me of Linlin, so I want her in MM so badly that I can taste it. She’s so energetic and such a talented performer. She loses herself in the moment, just like Lin, and I just want to watch her grow and grow as a performer! Sekitty is an Egg that I don’t want to lose to obscurity.

Don’t pass this up, Tsunku! (Psst, if he feels like adding more than one Egg… look how great these two are together!)

A lot of people say that Minami is freaking hot. I don’t think so. To me she seems completely average in terms of looks and talent. It’s because of that, however, that I think she might become a part of the 9th generation.

I can’t say it enough: Tsunku loves average girls. He loves that idea that they can grow and blossom from being average to being something great. What he doesn’t realize is that sometimes average girls are really just average. No growth potential. Maybe this applies to Minami, maybe it doesn’t. I’m not saying that Minami has no potential, I’m just saying that I don’t see it as much as a lot of other people do. So yeah, if Tsunku picks any Egg for MM, it might just be her, and if it is, I’ll be sad.

This would just be hilarious, and entirely like Tsunku. I have no idea why Tomomi is an Egg- I always feel like the point behind the Eggs is to find children so young that they have no choice but to be malleable and easy to shape into Super Idols. I’ve never heard Tomomi sing or seen her perform. In fact, the only video I can find of her is her introduction as an Egg, during which everyone in the audience freaked out when she announced how old she is. She is the least likely to become a part of MM’s 9th gen, but then, Tsunku likes surprising us.

Well, these are my main bets. Of course, there is one more person who might just end up in Morning Musume… Well, not really a person at all. More of a vicious killer and devourer of Idols. In fact, now that it’s come down to it, I can’t believe I didn’t realize it before: This freakish three-part graduation is all part of her plan. Her plan to infiltrate and devour Morning Musume! 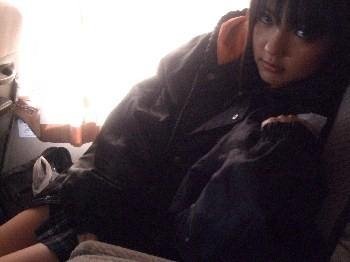 But Rebecca (you say)! She is an established soloist with a long career of boring and uninteresting singing under her belt!  She has released seven singles and an album! She is talented desu desu desu!

Well, reader, those arguments would be valid if not for the existence of a certain 6th generation member, that reluctant ex-soloist who had five singles and an album to her name (and legions of obsessive wota) when she was tossed into Morning Musume… that wonderful girl with the deep voice and raspy vibrato, Fujimoto Miki!

If Tsunku really wanted to drive home all of the hurt I feel after this awful graduation decision, he will put ManoEri into Morning Musume as a sort of homicidal Miki part 2. Fujimoto set a dangerous precedent. I’m sure she didn’t know that her addition to the group would pave the path for allowing in this Idol-eater, but it has, and we must now all brace ourselves for what is to come…

* Am I the only one who thought that Anataboshi was a complete trainwreck? The entire blogsphere seemed to love it, but to me the song seemed rushed, with a bad backing track, and a messy, distracting PV.