So, according to his Twitter, Tsunku is adding more members to S/mileage.

…
……
Let me be the first to request that he had Super Awesome Egg Miyamoto Karin.

…which is good, because I have no words.

Alternate title: The post that Rebecca’s been working on for too long and is finally going to just PUBLISH whether it’s done or not.

Aaah, K-pop. Everyone’s new favorite kind of music. All of the cool kids are now following Kara’s butts, and K-pop groups have garnered high profile fans such as Maeda Atsuko, Takahashi Ai, and the entire Japanese schoolgirl population. Suddenly, everyone and their mother adores K-pop. Wonder Girls are performing in the US, and Kara has gone from a slightly angsty 4-girl R&B group to being certified platinum in Japan and… whatever you’d call URAKARA.

I can’t say that I mind. K-pop is like J-pop’s louder, sexier, attention-grabbing younger sister. For years she’s been the bratty kid who threw sand at you at the beach. But suddenly she went away to summer camp and returned a woman, having gone through puberty and gained a slammin’ body, ready to outshine her older sister at all costs.

Did I just say “outshine?” I did. Everywhere that J-pop is failing in recent years, K-pop is succeeding.

J-pop has never really grown up. True, there’s Koda Kumi tossing her lady parts around left and right, but the overwhelming focus of J-pop is on youthfulness. Part of that is of course because of Japan’s preoccupation with youth and cuteness. Nearly everything about Japanese culture reflects that love of adorability. Look at some of Japan’s most famous, most successfully exported characters: 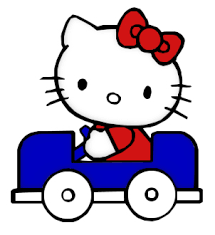 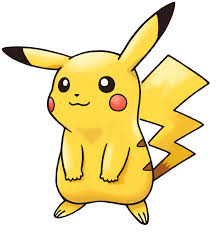 The Japanese creations were entirely fabricated with a cute and non-threatening image in mind. They have round features, lack expressive limbs and faces, and  their overall appearance is benignly non-human. They convey no real emotions. It is the viewer who projects his or her own emotions onto the character. Their harmless cuteness allows them to appeal directly to the cute-obsessed culture that Japan has cultivated.

In a similar manner, Japan’s pop scene* generally revolves around wide-eyed teens who project cute, non-threatening images. They are hard-working, always pretty, and occasionally talented. They generally cultivate a simple, non-assertive persona which the public can project onto, and in that way they are most different from their K-pop counterparts: K-pop’s artists tend to be more in your face, less outwardly concerned with whether they can appeal or not. For the most part, the gamble of being so aggressive has payed off: The public loves K-pop’s firm, fierce personalities.

Where was I going with this? Ah yes, the degree to which kawaii culture is enmeshed in Japan’s pop psyche. Above, I mentioned Japan’s collective Peter Pan syndrome, the obsession with youth. Though I implied that youth obsession was one of Japan’s failings, I didn’t mean to say that it is entirely so. Japan’s love of youth is enchanting. It brings those who immerse themselves in Japanese pop culture into a world that is always bright, cheerful, overflowing with the energy of childhood. You can hear that exhilarating childishness in songs like Berryz Koubou’s Yuujou Junjou OH Seishun and AKB48’s Ponytail to Shushu. The beauty of J-pop and kawaii culture is that it so brilliantly captures what is most wonderful about youth: its abundant energy, its innocence, and its ephemeral nature.

So then what of K-pop? What room does J-pop’s overwhelming youthfulness leave for K-pop’s glib sultriness? Well… plenty. Youth and innocence are wonderful, but who doesn’t get exhausted after playing with children all day? The sag in the J-pop music industry that began a few years back is indication enough of a market exhausted by all that cutesy youthful joy. K-pop happened to be just what tired-out listeners needed. The sound was a refreshing change from J-pop- not only more mature, but in an entirely new language! But it also retained some familiarity. SNSD’s songs have an undeniably “kawaii” side, as do many of KARA’s. Groups like 2NE1, T-ara and F(x) straddle the border between cute and mature well, with Brown Eyed Girls standing with their 9-inch stilettos planted firmly on the adult side of the field.

The nature of the K-pop/J-pop relationship then is this: A rivalry, but one with mutual benefits… much like the relationships between real sisters. When J-pop fans want a break from constant brightness and noise of kawaii culture, they can use K-pop as a breather (I suppose the opposite could also be true, though as a fan primarily of J-pop I cannot say for sure). And when they want to go back to the familiar and the innocent, J-pop is there with open arms.

*Please understand that I am speaking from the perspective of an Idol fan. I am aware of the wide variety of musicians that don’t fit in with the cute, youthful image. But the most widely known, well-loved artists (AKB48, Johnny’s artists, etc) do fit this description.

Berryz Koubou at Sakura-con: The First Day- In which I develop selective blindness for everyone that isn’t Risako, and cry

So you may have been wondering where my nightly coverage of Sakura-con was. Well, on the first night of the convention, I sat down and began recounting the day, putting down every. Single. Minute. Detail. After writing 2,000 words on just the first half of the first day, I balked. I’m sure very few of you actually want to read about what I ate for breakfast before going to BK’s Q&A session (nothing, for the curious). So I left the post to sit, and have only today felt able to come back to it.

I’ve decided to change my tactics a bit and spare you all from reading through (or skipping over) my detailed fangirl gushing. I’ve scrapped the original version of my post and re-typed it. This version will be slimmed down and broken into more parts- Days 1-3 will focus ONLY on my interactions with Berryz Kouboou, with final wrap-up post to catch the important non-Berryz moments, including reflections on meeting other fans and Japanese wota. As an aside, I did not take many pictures during the conventions, so I won’t be including many in my posts. Hello! Sayunii has some of the best photos and videos collected conveniently, so if you haven’t already, please go there.

The First Day- In which I develop selective blindness for everyone that isn’t Risako, and cry

I went into my first day of Sakura-con without expectations. I wanted to see the girls, and that was all. All of my energy, my focus, was on that one thought: To see them at long last. I chose not to go to the opening ceremonies, so the first time I laid eyes on Berryz was at the Q&A. When they came out, the feeling was surreal. Risako was the first one out, and for a long moment she was all that I could see. Even as the other girls came out, I could only see Rii. She was simply stunning, in the most literal sense of the word. Everything about her seemed so solid, and yet my overall impression was that she was somehow doll-like, somehow delicate. The sight of her was overwhelming, and I immediately started to cry.*

Now if you’ve read my blog before, you’ll know that Risako has almost always been my least favorite member of the group, though in recent months my opinion of her has improved. I think that it might have been good that I could only focus on Risako at first; because my feelings for her (at that point) weren’t particularly strong, seeing her was probably not as mind-obliterating as seeing the girls that I really adored might have been. Seeing Risako let me ease into the shock. Imagine if Saki had come out first- I probably would’ve hyperventilated in my chair!

The rest of the girls must have come out when Risako did, but I could only focus on them once they were all seated. For the remainder of the session I spent my time staring from one girl to the next. Momoko seemed reserved, possibly a little bit sick (she constantly sniffled and coughed). Miyabi and Chinami both had oodles of energy, and Maasa and Risako seemed spaced out. Saki, my dear favorite member, seemed nervous.

For me personally, the two best moments of the Q&A were being able to speak to the girls (the interpreter chose me as the first person to explain how I’d discovered BK!), and watching Saki misinterpret a fan’s question and do an impromptu bit of hip-hop dancing. So cool, and so adorable!

I was planning on attending the signing on the last day of the convention, so my next Berryz encounter occurred that evening at the guest reception. I was lucky enough to be standing not three feet from where Berryz were gathered, waiting to go onstage and introduce themselves. They all looked somewhat nervous (but SO beautiful, of course!), and Maasa still looked spaced out, so I called out to her, “Maasa, genki desu ka?” The look of confusion that crossed over her face was too funny, but she rallied quickly and gave a forceful “genki!” in response. The girls then went onstage, and I moved until I was once again near them. I was across from Risako and Miyabi, and both of them were so sweet and friendly, waving and smiling at everyone. I caught their eyes more then once, especially Risako,  who again looked gorgeous. The first time I met eyes with Miyabi, I was so touched: She was already smiling fit to break, but on catching the eyes of a fan, she managed to smile even harder, making sure I knew that she was smiling at me. That one little moment improved my impression of Miya a thousand times.

The BK bit of the guest reception was brief, but it was the closest I had come to the girls so far, and it brought me to tears once again.

The main take-away from the first day was the simple fact of the Berryz girls’ physical presence. Seeing the girls, whom I’d only ever seen before on tiny video screens, brought home the adoration-from-afar that I’d been cultivating for years up until that point. Seeing Risako walk out in real life during the Q&A session felt like the beginning of a personal paradigm shift. As the second and third days of the convention commenced, that shift became more and more evident.

*Let it be known that I cry easily, especially when I’m happy or overwhelmed. I just can’t stop the tears, and I have no desire to, either… which is lucky, because I ended up crying a lot of happy tears at Sakura-con!

Up Next: Day Two- In which I learn wotagei and cry some more